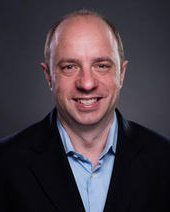 John Alongi focuses on undergraduate mathematics education. He has served as Director of Undergraduate Studies in Mathematics and as Program Director of Mathematical Experience for Northwestern Undergraduates (MENU). Alongi has held a Charles Deering McCormick University Distinguished Lectureship and is a recipient of a Weinberg College of Arts and Sciences Alumni Teaching Award.

Alongi’s research in dynamical systems has focused on the structure of hyperbolic sets and modes of recurrence. He is a co-author of the textbook Recurrence and Topology and has been active as a consultant, and reviewer for educational publishers including Birkhäuser/Springer, Pearson, W.H. Freeman, John Wiley & Sons, and McGraw Hill.